This field engagement session captured by Brandy Palacios Photography is filled with so much sweet romance! From picnic-side shots to close-ups of her stunning ring, Amanda and Taylor look absolutely ready to be wed in this gorgeous gallery. Though they both attended Texas A&M, their story didn’t actually begin until after they had both graduated – through mutual college friends on a weekend trip to Lake Austin. After this weekend, the two started talking casually but were not able to go on an official date until about 3-4 months later since Amanda left for Italy to work for a family as an au pair. During this time, the lovebirds would message each other every day no matter how long responses took due to their time difference. Finally, when Amanda returned to the States, the rest was history! Now, the pair plan to be wed in late April of 2021, in a dusty blue and grey ceremony featuring gold accents as well as ivory florals and lots of greenery. How cute! Amanda is excited about many aspects of their upcoming ceremony and reception, but one detail she’s most looking forward to is seeing her wedding entertainment in action! “(One of my favorite details about my upcoming wedding is) the mariachi band we are planning to have for our cocktail hour,” Amanda says. We are sure their wedding celebration will be a lovely and lively one at that! Read on to hear this soon-to-be bride’s wild story about her proposal was postponed not once but THREE times before Taylor was finally able to pop the question. Cheers to Amanda and Taylor!

From the bride: “Taylor had several plans for a proposal that started with buying the ring in December of 2019. His initial plan was to propose in February at San Francisco on a trip with my family that was then canceled shortly after due to rescheduling purposes. The next plan was to propose on a couple’s trip planned in late April to the Grand Canyon and Vegas that was again canceled due to COVID-19. With the pandemic now in full swing, the third plan of proposing at Enchanted Rock was also put to a halt after national parks were shut down. Finally, Taylor decided the best option (knowing COVID could not possibly impact this plan) would be to make a quick decision (explaining the plan to my friends and family just two days before the actual proposal) to propose in San Antonio on a weekend trip with two of our couple friends. Before Taylor could do this, he drove up to Dallas and back after work on the Thursday before the trip to ask my parents for their blessing. Somehow, he was able to hide this from me although I was getting suspicious of something and questioning why I was having to watch his dog until after midnight on a work night… That Saturday of the trip we were celebrating a friend’s birthday and my entire attention was on this event. Having no idea what was coming that evening, my friends on the trip convinced me to wear more presentable clothes than just a t-shirt and leggings. That evening we went for a sunset hike in the neighborhood trails and once he got to a spot under a tall tree he got down on one knee and proposed. I was so shocked that it took me at least 30 seconds for the words ‘yes’ to come out of my mouth. After the proposal, we immediately FaceTimed both of our families who were eagerly awaiting the news and had champagne bottles ready to pop on the other side of the call. Our friends decorated the house while we were busy with calls and once we got back to the house, we celebrated the rest of the night together.”

Plans to tie the knot soon yourself? Check out some of our favorite Houston wedding vendors here to get the planning started! Cheers! 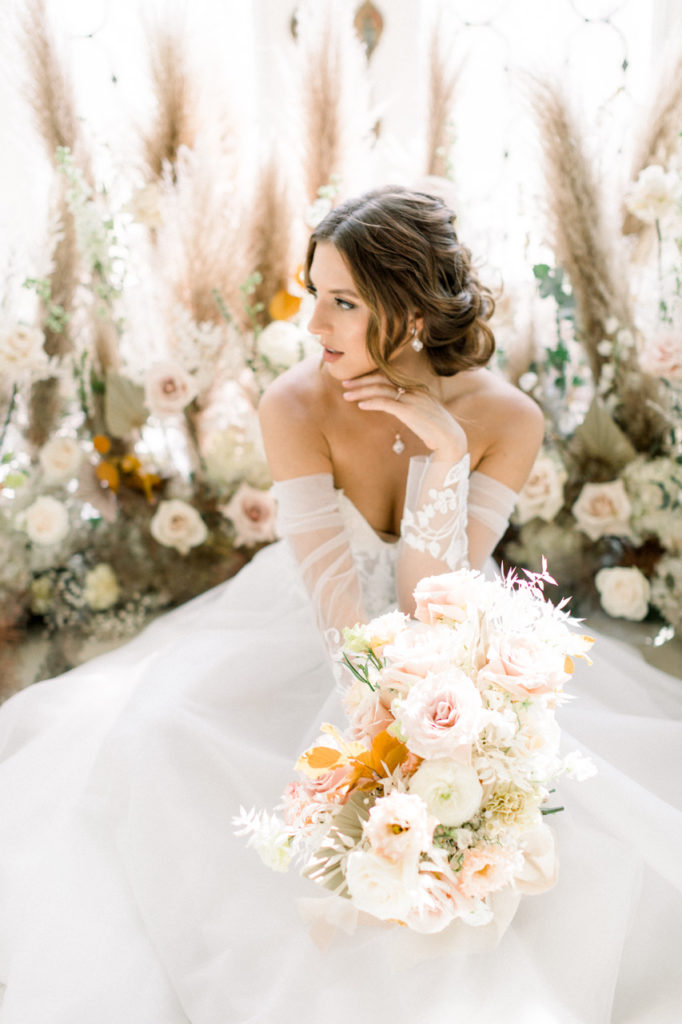